Bridges Cemetery is located on a 1.5-acre plot of land at the northwest corner of Morning Star Drive and Chesapeake Drive.

This land was originally part of William Bridges’ 160-acre tract issued by the Peters Colony Land Grant Company in 1850.

The cemetery, possibly founded upon the death of John Bridges, became a  family and community burial ground for those living in Bridges  Settlement; all who are buried in the cemetery, with one exception, are  related by blood or marriage. In a unique circumstance for a southern  cemetery, there are both Confederate and Union soldiers buried within  Bridges Cemetery.

The oldest legible marked grave is inscribed “Infant daughter, April 5, 1855” and the most recent is a child’s stone marked, “B. 1967, D. 1967.” Due to missing headstones and illegible inscriptions, a burial date earlier than 1855 is possible. 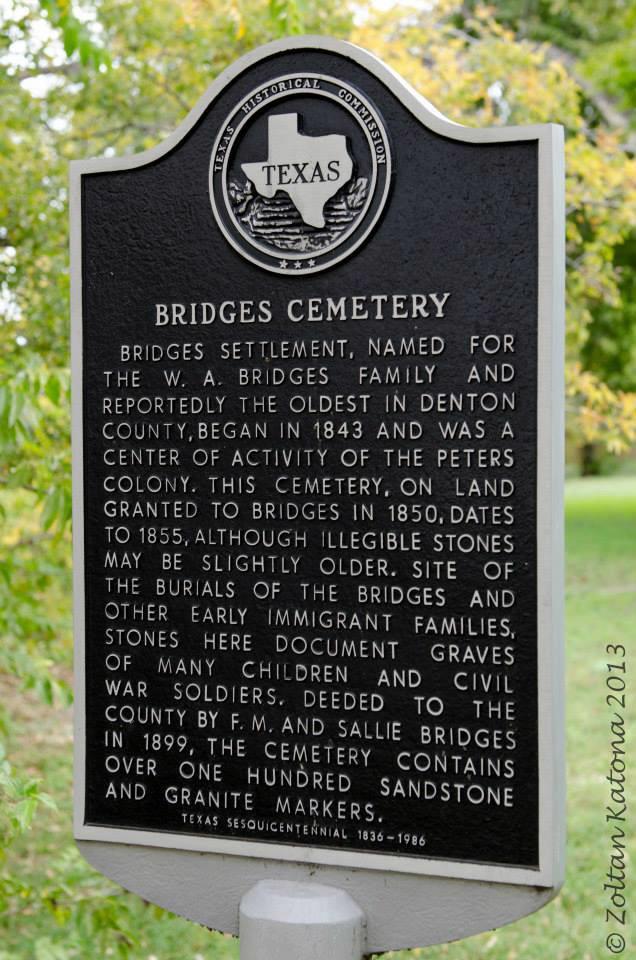 In the late 1970s, IBM acquired the land surrounding Bridges Cemetery and closed the roads leading to the property. Also around this time, the Bridges Cemetery Association (BCA) formed “to provide a means for descendants and others interested in the cemetery to share their time, energies and resources for the continuing care of the cemetery.” In addition to preserving the history and integrity of Bridges Cemetery, the BCA also worked toward obtaining a historical marker. In the mid-1980s, members of the BCA applied for a Texas Historical Marker; the marker was approved by the Texas Historical Commission in 1986 as part of the Texas Sesquicentennial celebration and, after the BCA raised funds for its casting, the marker was dedicated in June of 1988.

Prior to the construction of The Legends subdivision in The Colony in 1999, Bridges Cemetery had few amenities. It was located on a large, undeveloped plot of land, essentially isolated from the community. In the early 1980s, several years after acquiring the land surrounding the cemetery, IBM donated funds to construct a chain-link fence around the property. In the 1990s, as the property was platted, an ornamental wrought iron fence was installed along the east boundary of the cemetery, which fronts Morning Star Drive. 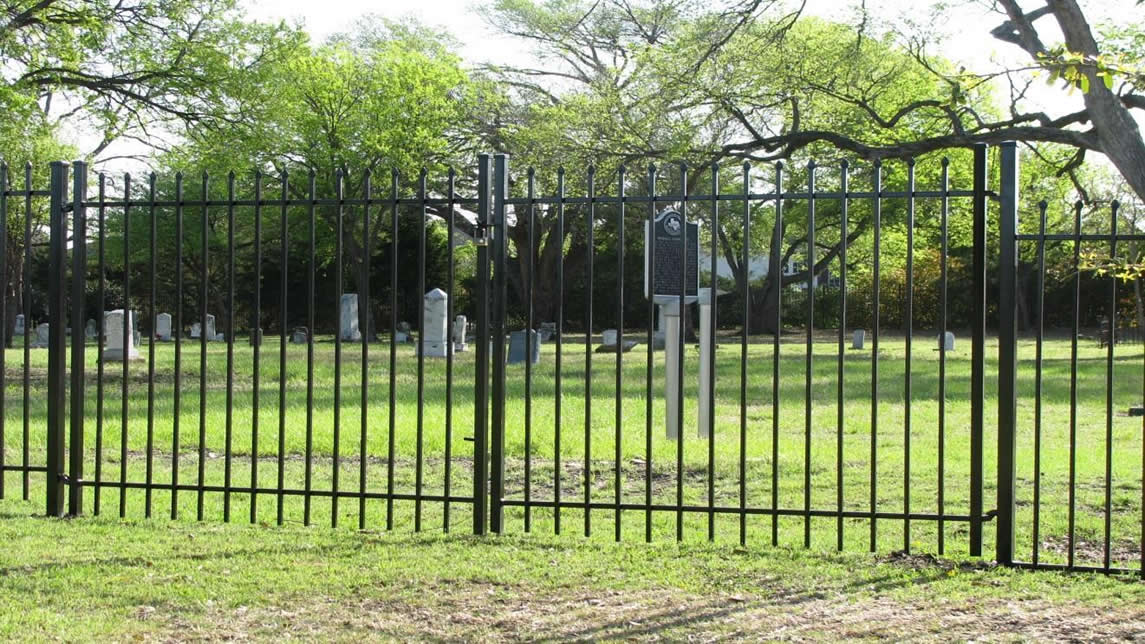 The BCA, descendants, and other community groups continued to preserve the cemetery until the The Colony Parks and Recreation Department began to oversee its general maintenance in 2001. In August of 2013, the City of The Colony entered into an Interlocal Cooperative Agreement with Denton County for the purpose of maintaining and improving Bridges Cemetery.

A 2016 mapping and geophysical survey of Bridges Cemetery indicate the presence of 141 graves and potential graves within the cemetery. The Smallpox Epidemic of 1910 and the Influenza Epidemic of 1918 claimed many victims in the area. Of the marked graves, the majority of the stones are sandstone and granite; almost 160 years of exposure to the elements has rendered these soft stones illegible and in need of repair and preservation.